The conquest of Anatolia, which began in 1071, continued when Suleyman shah took Iznik in 1075 and laid the foundations of the Anatolian Seljuk State, and at the same time, the Turkish population in Anatolia increased rapidly with the great Turkmen Migration in 1080. Emir Karatekin Bey was first a Bey around Turhal and Zile, and later was commissioned for the conquest of Sinop and Çankırı. In 1074 (some say, 1082), he conquered Çankırı and made the city the center of his headquarters. Although the Danishmendname states that this conquest was carried out on behalf of the Danishmendians, Byzantine sources and other sources indicate Emir Karatekin as a commander of Suleimanshah. After taking Çankırı, Emir Karatekin expanded his sovereignty and consolidated his power by adding Kastamonu and Sinop to his territory. According to the Danishmendname, which described these conquests as legendary, Emir Karatekin, who conquered Çankırı, was a friend of Melih Danishmend Gazi and Emir Artuk.

During the First Crusades, he stood with the Seljuk Sultan Kılıç Aslan, inflicting great defeats to the enemy. In 1078, Porsuk Bey sent armies under Emir Bozan against the Beys, who formed an independent force against him in Anatolia, especially Suleymanshah; Emir Karatekin fought against these armies and withdrew to Sinop region to strengthen his defenses. 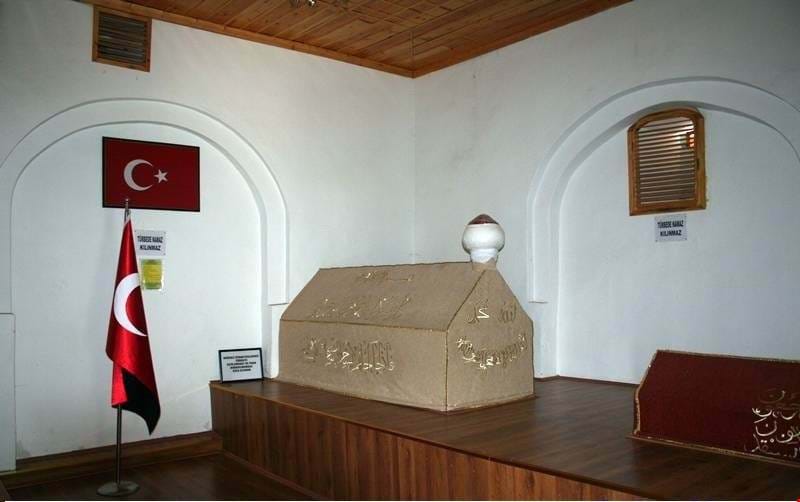 Karatekin Bey served here until his death and was martyred in a war with the Crusader army in 1106. His tomb is located in a single-story building in Çankırı Castle. The tomb is a structure from the Danishmend period and is a lean structure built of brick and rubble stone. There are 4 chests in it. Until his death, He was the only governor of Çankırı, Kastamonu and Sinop region and Çankırı was the center of this region. The graves of his wife, Meryem, and their two children are also in the same building.